OnceIO is a developing frame with minimizing self-functionality, consisting of router, middleware and Handler. A OnceIO app is essentially calling different middlewares and Handler. 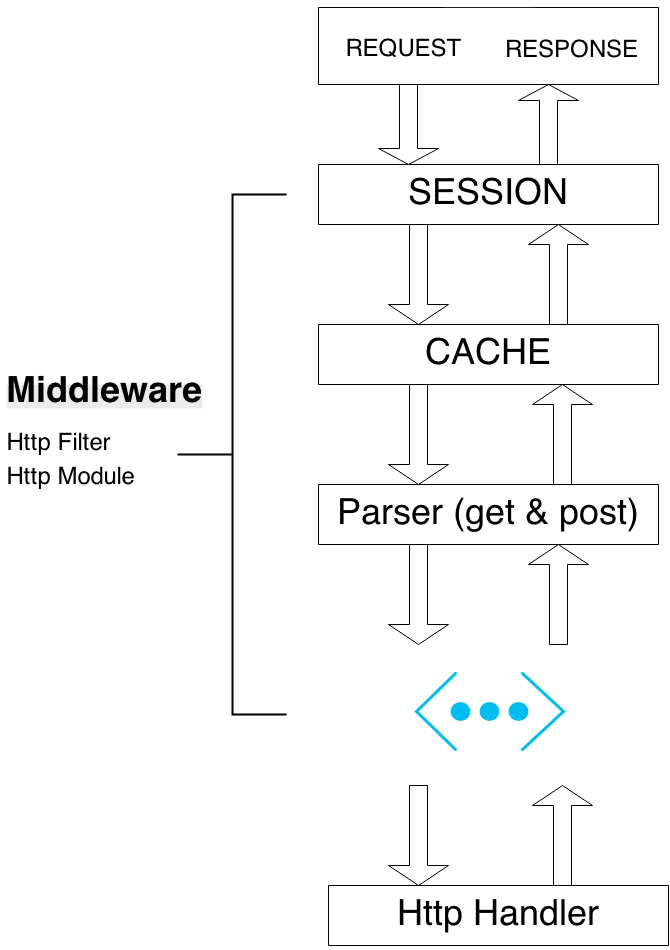 A req-res loop ends when the Handler responds to the request. A req-res loop is usually tackled with one handler. But every request has to go through many different middlewares before reaching the handler. Typical middlewares include Session, Security, Table analysis. MiddleWare in Notejs is similar as Filter in Java or Http Module in .NET. A req-res loop could be also without middleware, e.g. static CSS/JS documents don't need Session execution or middleware authentication.

Functionalities of the middleware include:

If the current middleware has not ended the req-res loop, the mastery is to be delivered to the next middleware with the function 'req.filter.next()', otherwise the request will be hanged up.

Add myLogger into the app:

Whenever the app receives the request, it will print "LOGGED" on the terminal: 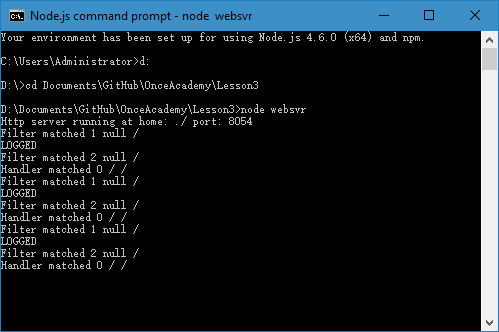 Next we create a middleware function named requestTime:

Add requestTime into the app:

Everytime a request is received, it will print the requested time stamp on the website:

We only display two simple middleware cases. In fact, middleware has various typies and functions, such as app.use(), which has upto three parameters:

The first parameter assigns that all URL, which begins with "/file" will go through this middleware; The third parameter indicates that the middleware needs support from session. The onceio object session may be stored in the database and to acquire session from be database could result in performance loss in some extent. Therefore, according to the designation situation, you could add session analysis support, e.g. user interface or backstage management.

The middleware could visit the request object, response object, the next middleware in the stack and the whole OnceIO API. Hence, there is a variety of possibility in its usage.